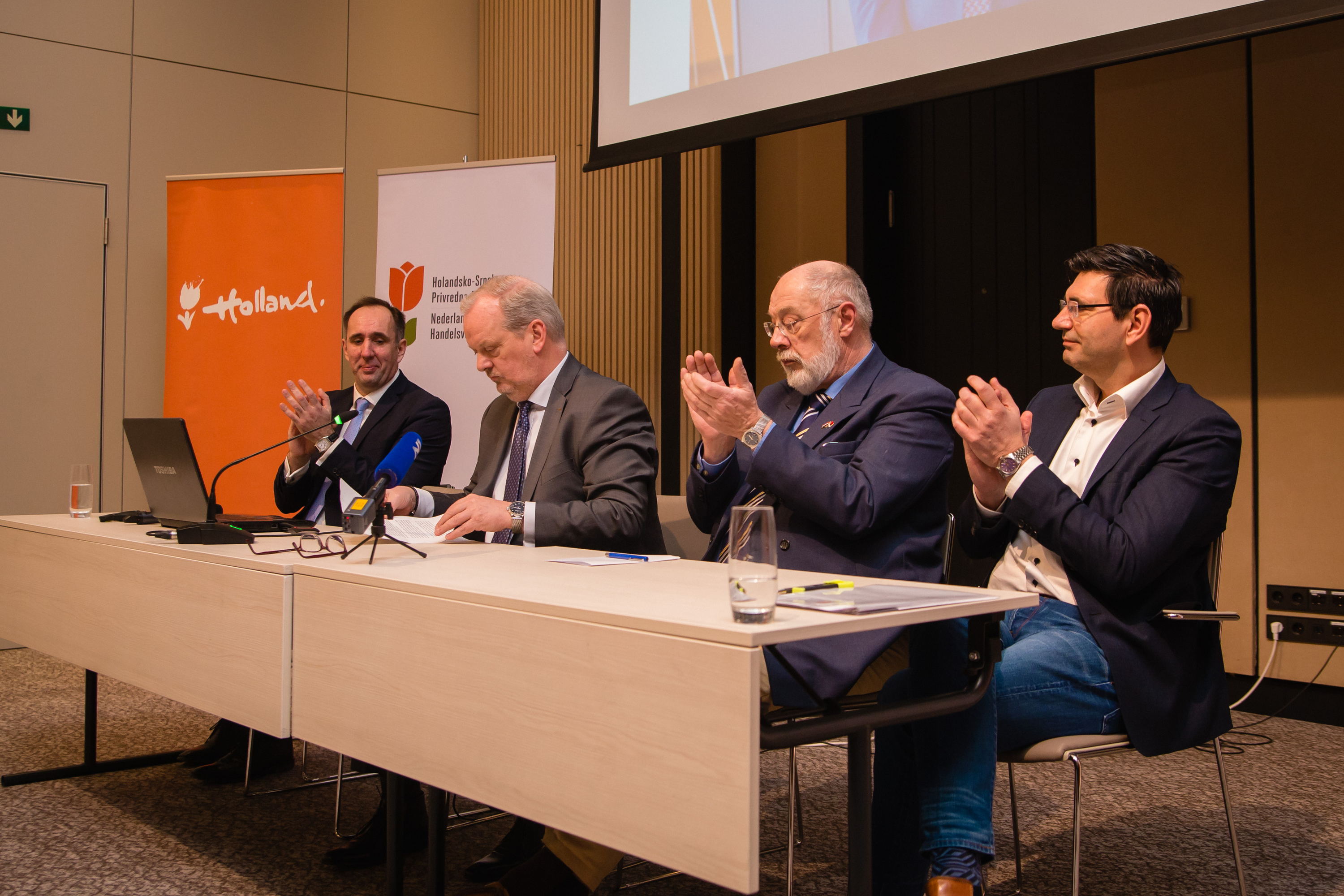 The Dutch-Serbian Business Association had its first General Assembly meeting at the Hilton Hotel in Belgrade. Since its establishment and the official start of operations on November 8th, marked by the reception at the residence of the Dutch ambassador, DSBA gathered around 30 members over a short period of time. 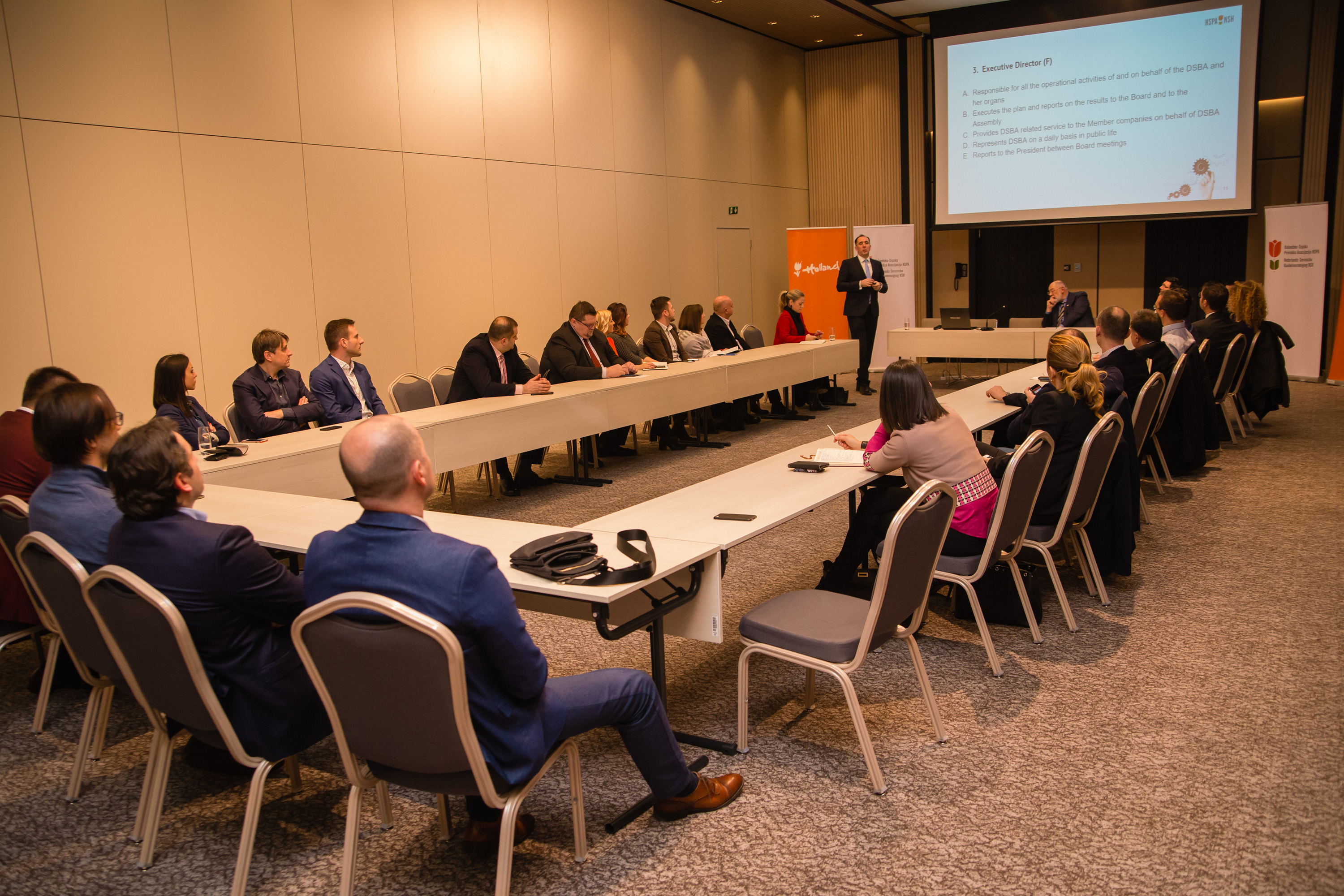 In the introductory part of the Assembly, the Dutch Ambassador, H.E. Mr. Henk Van Den Dool, and reminded of the importance of the presence of Dutch companies in Serbia. He also said that he felt as the DSBA’s ‘godfather’ in a way. The Ambassador wished for the Assembly to have a constructive meeting, and a lot of success in the future work. After that, the agenda, which included, among other things, clearly defining the work of the Association and its bodies, the selection of the board of directors members and setting main goals for 2019, was discussed. 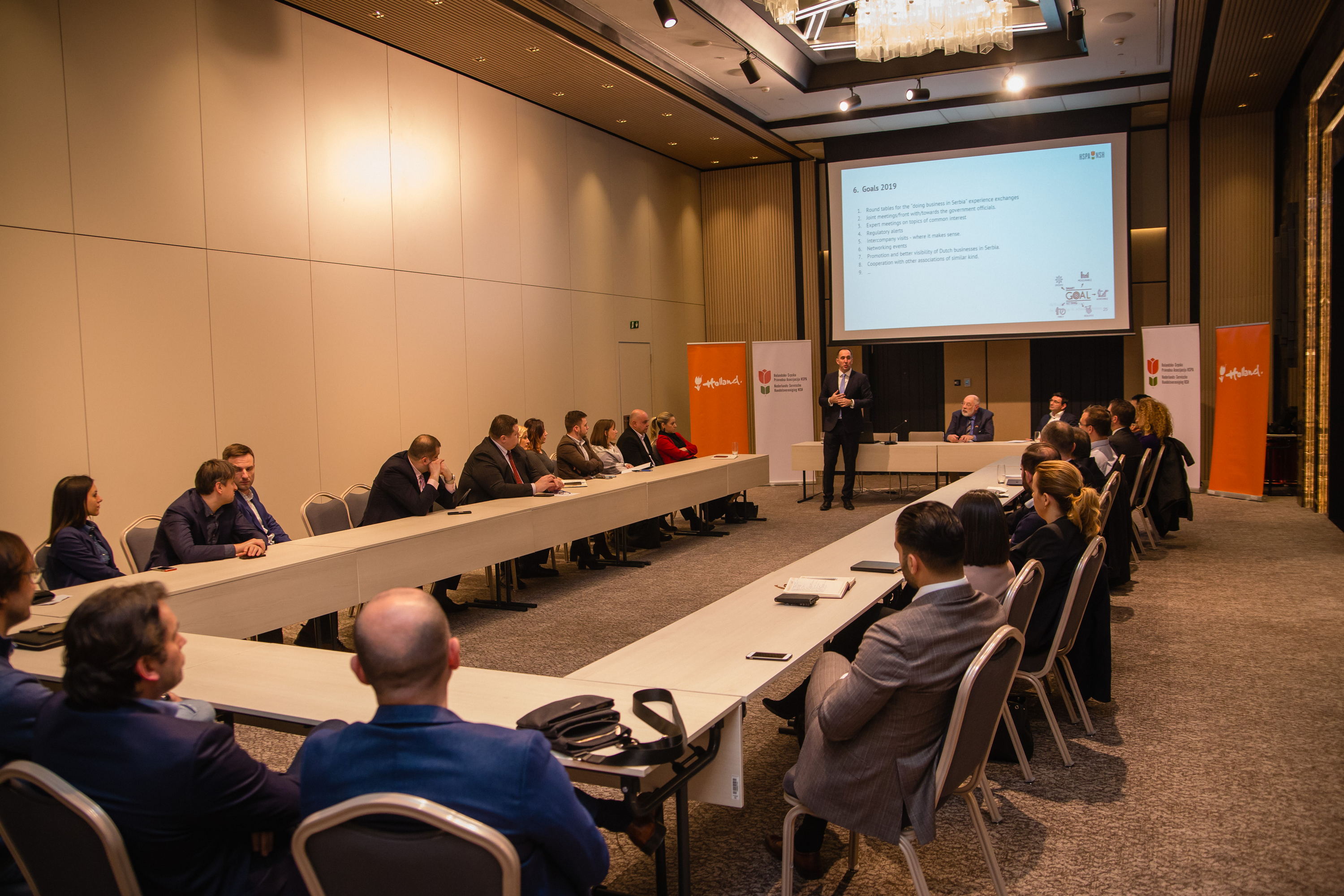 The Assembly elected the Management Board, which consists of:

Bojan Leković, President of the Board of Directors, the owner of KupujemProdajem

Cees Hilhorst, Secretary of the UO, owner of S-Biom

Heineken, a representative of the Dutch Embassy in Serbia, Oliver Sharov, who was prevented from attending this assembly, will also be in the steering committee.

Đorđe Petrović, the owner of Companies Connected, was elected Executive Director of the Association.

You can see more about DSBA itself on their site http://dutchserbianbusiness.org/ 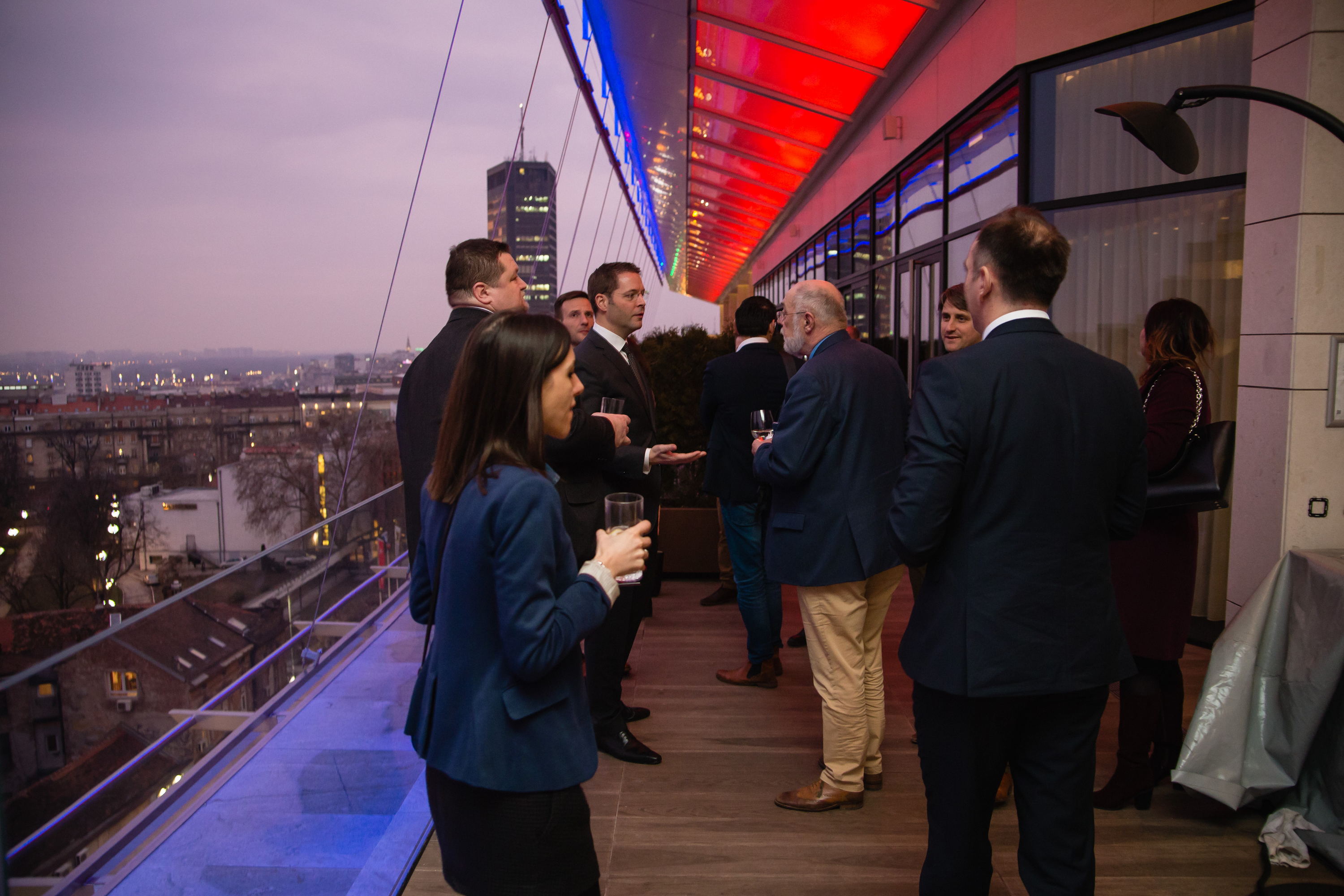 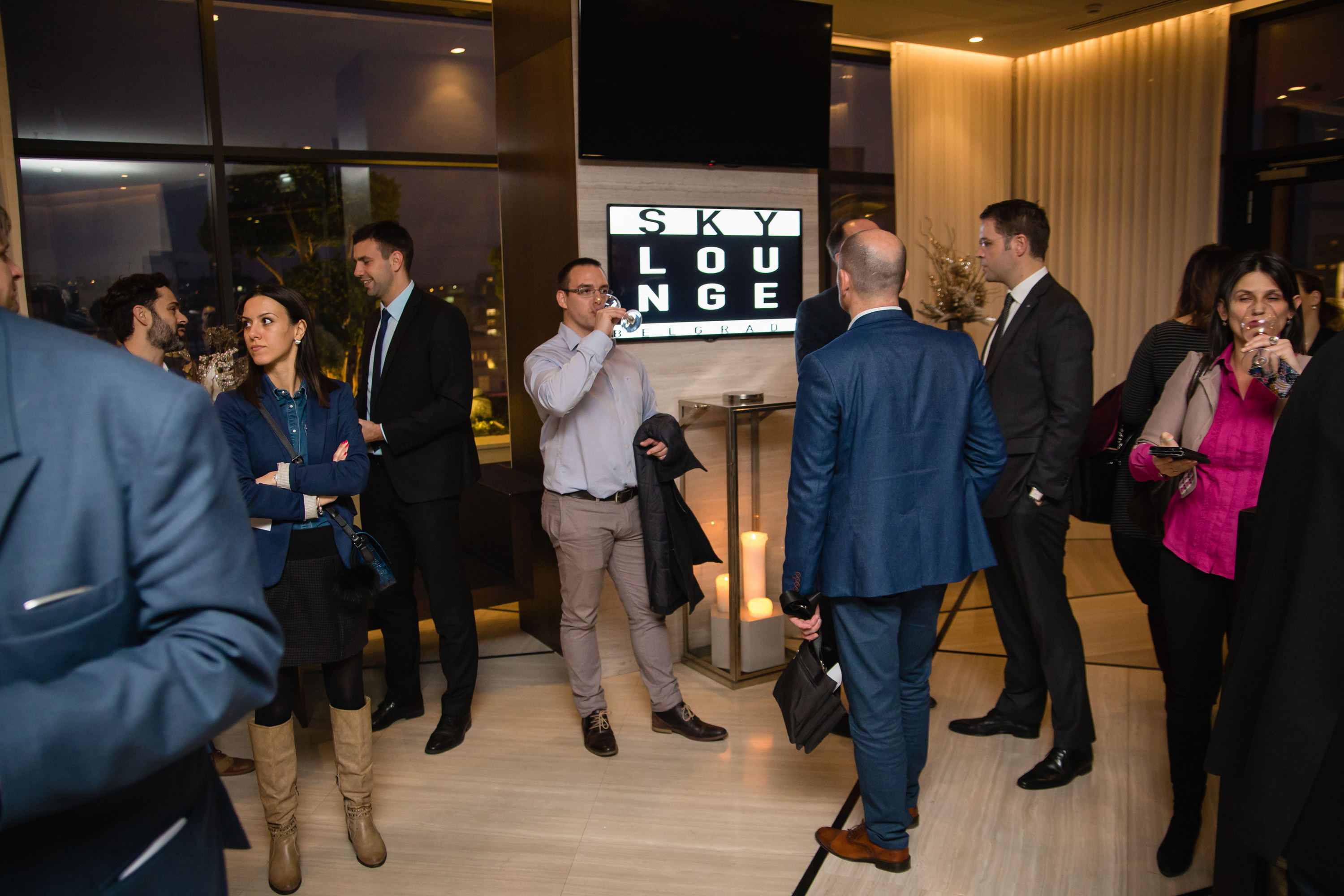